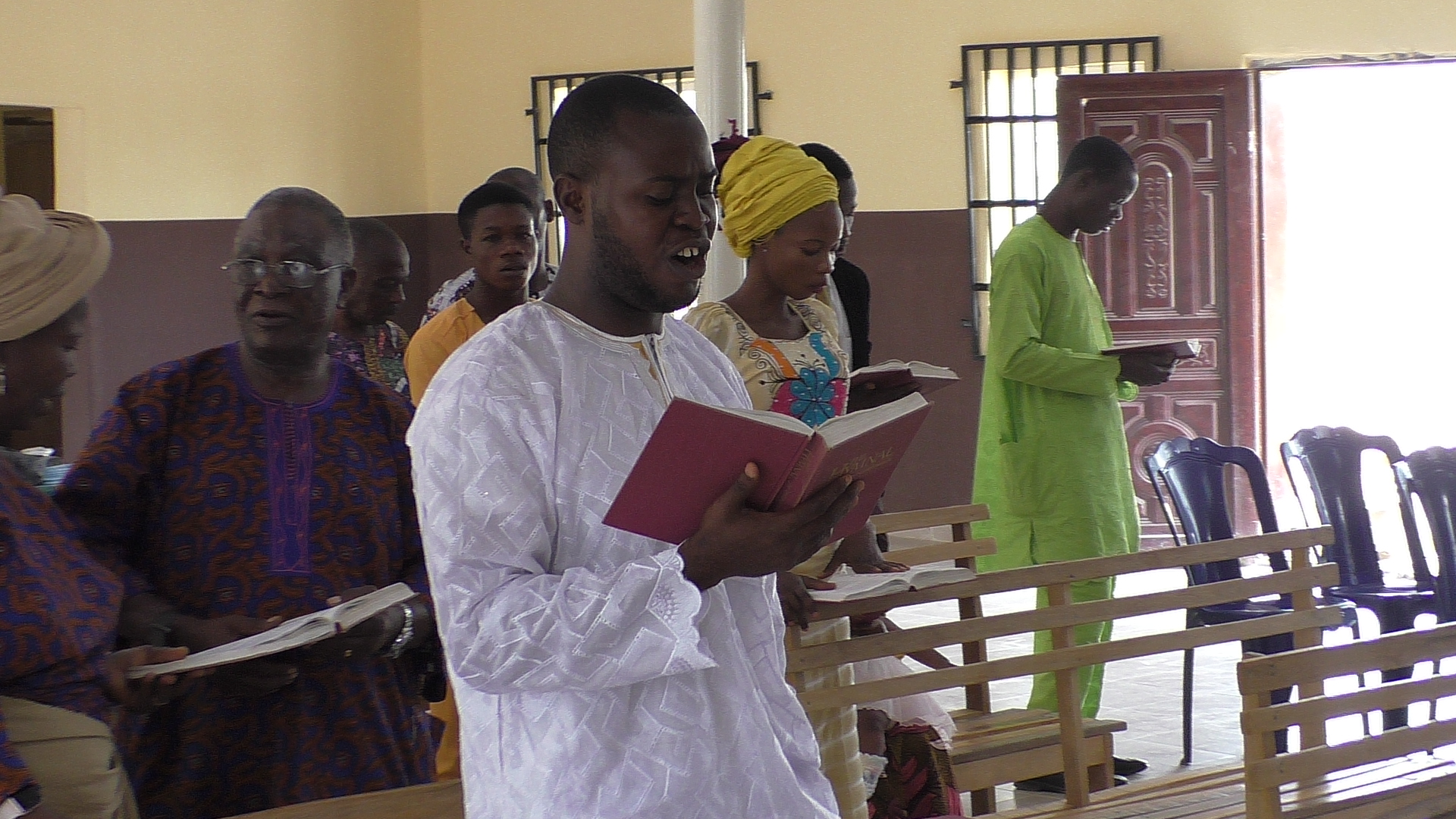 When God’s People Fulfill Their Responsibility

Then came Amalek, and fought with Israel in Rephidim.
And Moses said unto Joshua, Choose us out men, and go out, fight with Amalek: to morrow I will stand on the top of the hill with the rod of God in mine hand.
So Joshua did as Moses had said to him, and fought with Amalek: and Moses, Aaron, and Hur went up to the top of the hill. And it came to pass, when Moses held up his hand, that Israel prevailed: and when he let down his hand, Amalek prevailed. But Moses’ hands were heavy; and they took a stone, and put it under him, and he sat thereon; and Aaron and Hur stayed up his hands, the one on the one side, and the other on the other side; and his hands were steady until the going down of the sun. And Joshua discomfited Amalek and his people with the edge of the sword. And the LORD said unto Moses, Write this for a memorial in a book, and rehearse it in the ears of Joshua: for I will utterly put out the remembrance of Amalek from under heaven.

On their way to promise land, children of Israel had passed through so many things. They overcame the red sea, split into two while they walk on the dry land. Bitter water was made sweet because they murmured against Moses. They enjoyed food from Heaven abundantly. They were filled with water from the rock while they were tasty for water.

Exodus 14:31, “And Israel saw that great work which the LORD did upon the Egyptians: and the people feared the LORD, and believed the LORD, and his servant Moses.”
All these are blessings from the Lord that they have enjoyed so far, but the Lord changed things around for them in Exodus 17:8-16.

You can quickly notice in verse 8, how things change for children of Israel in the next verse, previously, they enjoyed water from the rock, now they got the enemy, the Amalek.
Exodus 17:8 Then came Amalek, and fought with Israel in Rephidim.
Amalekites are descendant of Esau, Israel’s brother, and they became enemy throughout the life of the children of Israel. Here they come to Rephidim to fight against the children of Israel.
Now the part of the scripture I want to focus on is in verse 9-10
Exodus 17:9-10, “And Moses said unto Joshua, Choose us out men, and go out, fight with Amalek: to morrow I will stand on the top of the hill with the rod of God in mine hand.
So Joshua did as Moses had said to him, and fought with Amalek: and Moses, Aaron, and Hur went up to the top of the hill.
Moses, the Leader is doing his part
Joshua the second man to Moses is doing his part
The chosen men did their part
Aaron and Hur did their part.
And at the end, everyone wins.
Everyone is doing his part.

Exodus 17:9 “And Moses said unto Joshua, Choose us out men, and go out, fight with Amalek:”
Moses gave Joshua the authority to lead the children of Israel to battle, we need to remember that, Joshua is just the second man to Moses, He is not the leader, but he allowed Joshua to lead the battle, and everyone submitted themselves to Joshua.
– He allowed Joshua to choose men
They did not say because Moses was not the leading the battle, we will not go out and fight. They followed the man that God has given them to lead the war. That is the kind of attitude that we must have in order to win win. And if we want to lose the battle, then we should not rebel against the authority.
Young people, you have God given authority over you, and that is your parents, and I believe every parent wants the best for their children. And they are not your enemy, dont fight against their authority.
Verse 10…Joshua led the battle against the children of Amalekites. Do you have a submissive heart?

Everyone is willing to get their hands dirty and do the job. Joshua and these men went to the battle, and fought against God’s enemy. That is why it is important to know that we are called to serve, and not to fill the pew.
When you have a submissive heart, you will be willing to do whatsoever you are asked to do. You will be not forced to do it, it will come naturally because you willing to serve.
Many desire the power of the throne, position in the church, without being prepared to pay the price of suffering.
Mat 20:27 And whosoever will be chief among you, let him be your servant
Mat 23:11 But he that is greatest among you shall be your servant.

Example: But we see Christ as our example: He demonstrated to his disciples how important it is to have a servant heart. He had all the glory and honor but left it all to minister to us.
John 13:14-15,”If I then, your Lord and Master, have washed your feet; ye also ought to wash one another’s feet.
For I have given you an example, that ye should do as I have done to you.
We have problems in churches today, through so called leaders in the church with no servant’s heart. God give us people in our church that will only care about serving.

Verse 12
They will not bow down to failure; they will not let the enemy of God to win the battle because one person fails to do his part. Many people have quit because they are tired, wounded, injured, and they never succeed. Don’t stop now; the victory is on the way. If you finish well, people will say well done.
Ill: Aaron and Hur with Moses.
Exodus 17:13, “And Joshua discomfited Amalek and his people with the edge of the sword.
Do you have succeeding heart to win no matter what the price is? Or you are just ready to quit? If you quit now, it will not only affect you, but the whole team. Maybe your family, your church, your friends who love you.

Bible says Joshua destroyed Amalek, in real sense, Joshua gets the glory for winning the battle. But everyone wins. It does not matter who gets praised, what matters is that the battle against the enemy of God is won.

CONCLUSION:
Exo 17:11 “And it came to pass, when Moses held up his hand, that Israel prevailed: and when he let down his hand, Amalek prevailed. When one person is not doing what is supposed to do, it will affect the whole team spirit. Let’s all do it together
With a submissive heart
With a servant heart
And With a succeeding heart