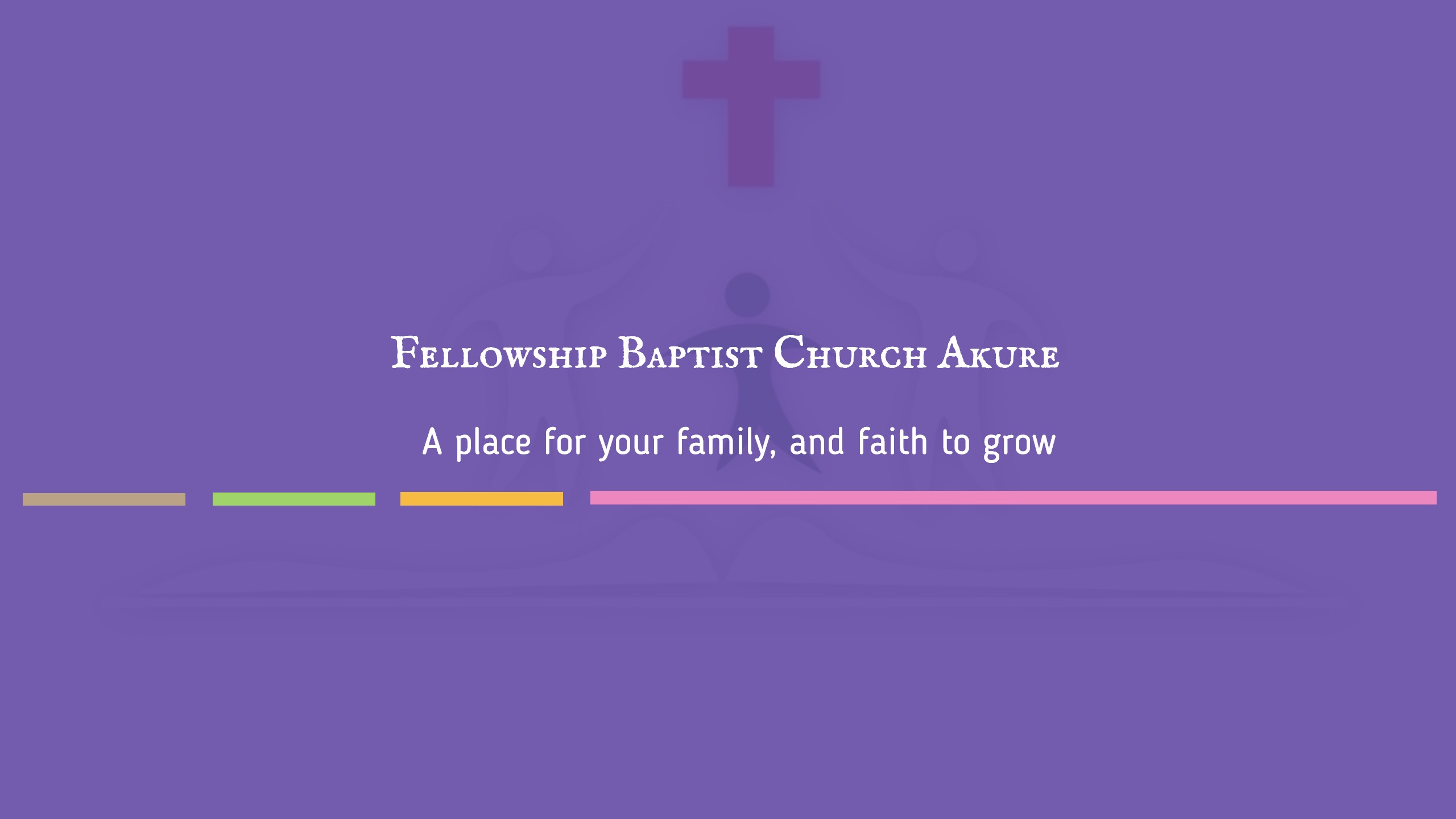 When to Move On

What is the Right Time for Church Planter to Move on?

Some start from scratch, they go to a particular area where there is no Bible believing churches or no churches at all with the blessings of their sending church, to win souls, baptized, and disciples the people won to Christ.

Some start with people in a particular area who are looking for a Bible believing church to attend, then a church planter moves to the area, and start the church with those people.

Many people have affirmed that the first one is the most difficult thing to do when it comes to church planting, because area differs from each other. You can go to an area, and you will be welcomed, and people receptive of the truth, and at the same time, you can go to another area where people are hostile, they would not want to listen to what you have to say. The hardest thing to do for most church planters is to move on to the next place.

When to Move on?

1. When your task has been completed

The time for a church planter to move on to the next place is when you have successfully planted a church, the church is established, disciples are made on daily basis, and people are obedience to the faith. Not only that, when people you have trained are doing the same thing you have done. Then you should know that it is time for you to move on to the next place to plant another.

I know it is hard to leave a place when you have grown to love those people, but for the sake of planting another church, you need to move. Here is the mistake that most church planters make, it is hard for them to leave because they have not been to trust anyone with the responsibility of leading the church, and that is why when they leave; the still want to control the church. You need to understand this, since you are not going to stay the church and pastor the church, it is your responsibility to train someone to take over the church while you are no more there. You need to take heed to this, “Do not leave a church; until you find a trustworthy preacher of the Gospel to carry on the work that you have started.”

Jesus has so much to say, about when to move on after he sent his disciples to the do the work of church planting. Gospels, Matthew, Mark, and Luke recorded this truth about church planting in which if we go back to the basics, it will help everyone that is going to church planting enjoy the work. But if you do not take heed to the profound way that a church planting should be done, you will be frustrated.

Luke 9:1-4  Then he called his twelve disciples together, and gave them power and authority over all devils, and to cure diseases. And he sent them to preach the kingdom of God, and to heal the sick. And he said unto them, Take nothing for your journey, neither staves, nor scrip, neither bread, neither money; neither have two coats apiece. And whatsoever house ye enter into, there abide, and thence depart.

Verse 4, it nailed the truth, whatsoever house they enter into, there abide, and thence depart. Do not forget what they were supposed to do, they were commanded to preach the kingdom of God, and heal the sick.

Christ gave the same instruction to the seventy disciples he sent to the harvest field. Harvest is plenteous, but the laborers are few. So after you made a difference in a city, train people there, church is established, and then you can always continue your journey to the next town.

Luke 10:4-8  Carry neither purse, nor scrip, nor shoes: and salute no man by the way. And into whatsoever house ye enter, first say, Peace be to this house. And if the son of peace be there, your peace shall rest upon it: if not, it shall turn to you again. And in the same house remain, eating and drinking such things as they give: for the labourer is worthy of his hire. Go not from house to house. And into whatsoever city ye enter, and they receive you, eat such things as are set before you:

People have different stories about church planting. Some places are harder to plant a church especially among Muslim world, and many other areas that are filled with religious fanatics. Gospel to can be rejected in different ways, some through opposition and persecutions. And many through hostility to the church planter. It comes from within and without. I listened to a young man telling me a story about how “Christians” from other denominations opposed him for preaching the truth. This is another way people rejected the Gospel.

Some people are not willing to accept the truth of the Gospel. What do you need to do?

Luke 10:6b  And if the son of peace be there, your peace shall rest upon it: if not, it shall turn to you again.

Bible says, if they will not welcome you, your peace should return back to you again. What does that mean? It means you should leave. It is more explicit in few verses later.

Luke 10:10-11  But into whatsoever city ye enter, and they receive you not, go your ways out into the streets of the same, and say, Even the very dust of your city, which cleaveth on us, we do wipe off against you: notwithstanding be ye sure of this, that the kingdom of God is come nigh unto you.

When you go to a place that has hard hearted people in the place, and they have constantly rejected the Gospel presented to them, there was no response, no disciples made. At least the seed has been planted in the place, do not hesitate to move to another place, and you have not failed until you give up on planting another one. And it takes courage to move on when you have little or no response at all. I am going to plant my first church, and I have been asking myself; what if you do not have any members for ten years after you have planted the church, what would you do? First I do not wish to stay in one church for ten years as a church planter, but to come back to the question, I will have to move on, because I know that souls have been saved, and the Lord has been glorify. I will be faithful to God and his Word; then move on to the next town or area where the Lord wants me to plant another church.

Some decided to stay even when people are hostile to them, but it is not the best thing to do, and it is contrary to the clear teaching of Jesus Christ.

Matthew 10:14  And whosoever shall not receive you, nor hear your words, when ye depart out of that house or city, shake off the dust of your feet.

There was time a group from a church went on a mission trip to another country for missions work, and because they saw that they are Christian missionaries, they were deported and banned from entering the country. There will always be attacked on missions, and church planting by Satan and his agents; but we should always seek God’s will on what we need to do next.

Act 13:50-51  But the Jews stirred up the devout and honourable women, and the chief men of the city, and raised persecution against Paul and Barnabas, and expelled them out of their coasts. But they shook off the dust of their feet against them, and came unto Iconium.

When Paul was expelled, in our modern day vocabulary, he will say, he was deported; he was not deterred to continue his church planting work; but he moved on to Iconium from Antioch of Pisidia. And they did what Jesus asked us to do; they shook off the dust of their feet in that land, and procedure to the next place. It is sign of witness against the people of the land that they are clean.

Acts 18:6  And when they opposed themselves, and blasphemed, he shook his raiment, and said unto them, Your blood be upon your own heads; I am clean: from henceforth I will go unto the Gentiles.